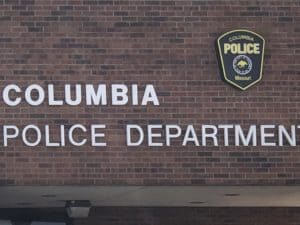 UPDATE: Columbia assistant police chief Jeremiah Johnson tells 939 the Eagle that the suspect who barricaded himself inside an apartment for about seven hours is now in custody.

Columbia Police say the situation was resolved without incident. They thank CPD officers, negotiators and specialty units for bringing it to a peaceful end. CPD also thanks residents, business owners and motorists for their patience.

HERE IS OUR ORIGINAL STORY:

A suspect remains barricaded inside an apartment in west Columbia at this hour, near heavily-traveled North Stadium.

Columbia police assistant chief Jeremiah Hunter tells 939 the Eagle that the suspect remains barricaded, adding that the SWAT unit and the Crisis Negotiation Team (CNT) are on-scene. This area is near a Simmons Bank, a gas station and a Scooter’s Coffee.

ABC-17’s Joshua Blount from our news partner KMIZ reports a police dog is also on-scene. He’s been on the scene since 4:30 this morning.

The incident began at about 2 am, and there are no reports of injuries.