Trending Now
You are here: Home / Archives for "Mexico Ledger" 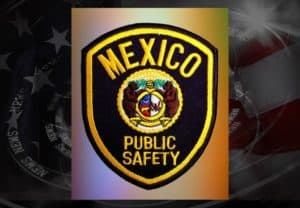 A one-sentence threat posted on Snapchat and possibly other social media prompted Mexico Public Schools to cancel all classes for today. The school district has issued an updated statement, saying they’ve identified the person who made the social media threat toward the Mexico high and middle schools.

“When school resumes on Tuesday, November 1, we are confident that this matter has been dealt with and out students and staff can return to school knowing that,” The district wrote this morning, in an e-mail to Mexico families.

Classes were already canceled for Monday due to a district professional development day.

Former 939 the Eagle reporter Mathew Pilger, who’s now the managing editor of the “Mexico Ledger” newspaper, quotes Mexico Public Safety chief Susan Rockett as saying the post was allegedly made by a minor, who will be facing school discipline. Chief Rockett confirms to the “Ledger” that one of the online threats made against the Mexico high and middle schools was one sentence: “Everyone in MHS and MMS getting shot tf up.”