One of Dale’s biggest fans passed away, but Jr. was able to make his wish come true. 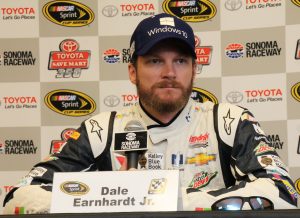 Derek Hoyt was diagnosed with a brain tumor when he was two years old. Several surgeries and radiation treatments couldn’t keep the tumor at bay, and two years later, Derek was told he would have to go through the agonizing treatments once again.

After this round of treatment, it seemed Derek was in the clear, and go to live a normal life. Derek fell in love with NASCAR and was Dale Earnhardt Jr.’s biggest fan. NBC Sports says Derek joined the Cub Scouts so he could race pinewood derby cars.

In the fall of 2015, the tumor returned, and the prognosis was terminal.

Derek and his family were directed to Make-A-Wish, a group dedicated to helping kids dying wish come true. The only thing Derek wanted was to meet his hero, Dale Earnhardt Jr.

His wish came true. Derek and his family went to Exeter, New Hampshire, home of the Daytona 500. Dale Jr. made Derek feel like a friend. NBC Sports describe the conversation “as if old friends instead of strangers who had just met.” 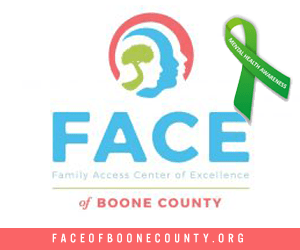 It’s Friday and that is music to our ears. What are your plans for the weekend? ... See MoreSee Less

Did you know that Madonna wrote her own children’s book titled The English Roses, and that it was the fastest selling children’s book? ... See MoreSee Less

Things that only take one minute: Drinking a glass of water, sending a message to someone you care about, or waiting for the next song to play on our station. It’s just 60 seconds! ... See MoreSee Less

If you know of a local charity or non-profit event that you would like us to discuss on air, let us know all about it on our website! https://983thedove.com/the-dove-gives-back/ ... See MoreSee Less

The Dove Gives Back

Do you have a local charity or non-profit event that you would like discussed on air? If so, please let us know! Fill out the form below with details about your charity or event.
View on Facebook
·Share

What song do you want to hear on this #MusicMonday? Tune into our station for all of your favorites from the 70s, 80s, and more! ... See MoreSee Less