Trending Now
You are here: Home / Archives for I-70 Rocheport bridge project

I-70 across Missouri will be a major theme during Missouri’s 2023 legislative session, according to Columbia Chamber of Commerce president Matt McCormick.

“I mean I-70 we’ve got to get something done with I-70, so we can continue moving forward with other highways and other interstates through our state,” McCormick says.

The importance of rebuilding I-70 was discussed recently by business leaders during the Regional Economic Development Incorporated (REDI) board meeting in Columbia. State Sen. William Eigel (R-Weldon Spring) has unveiled a proposal to rebuild I-70 from Wentzville to Blue Springs, making it four lanes in each direction. Senator Eigel has told 939 the Eagle his proposal would tap into Missouri’s record surplus and then get a federal match of 50 percent. He says that would give Missouri the $8-billion needed to complete the project. His bill is Senate Bill 317.

Two of the seven projects Mr. McCormick mentions are in our listening area. MoDOT and its contractors are currently working on the massive $240-million I-70 Rocheport bridge project. More than 12-million vehicles cross the current I-70 bridge each year. MoDOT is also proposing a $140-million upgrade at Columbia’s I-70 and Highway 63 interchange. Transportation officials say 160,000 vehicles go through that intersection daily.

A former state lawmaker will be sworn-in as Boone County’s presiding commissioner on Saturday morning.

Former State Rep. Kip Kendrick (D-Columbia), who served three terms in the Missouri House and served as the ranking Democrat on the House Budget Committee, will be sworn-in Saturday at 10 am at the Boone County Government Center downtown.

Mr. Kendrick defeated GOP businesswoman Connie Leipard by about 8,000 votes in November. Kendrick has told 939 the Eagle that he looks forward to serving as presiding commissioner, emphasizing the importance of listening, bipartisanship and cooperation on major projects like the I-70 Rocheport bridge.

Kendrick will replace retiring presiding commissioner Dan Atwill, who’s held that position since 2011. Atwill was appointed to the post that year, before being elected in 2012. Mr. Atwill was re-elected in 2014 and 2018.

Leaders from across Boone County are celebrating numerous successes across the county in the past year.  Boone County commissioners held a municipal government dinner Thursday night in Sturgeon. City and county leaders participated.

Some of the successes cited include the Hubbell’s expansion in Centralia, Mizzou’s NextGen in Columbia and the planned Taco Bell and Scooters Coffee stores in Ashland. Centralia’s Hubbell is Boone County’s largest manufacturer, with about 700 employees. The $222-million NextGen Precision Health building in Columbia has numerous aims, including reducing the cost of health care.

Speakers also mentioned the new Ranken tech campus being built in Ashland and the massive I-70 Rocheport bridge project. The Ranken campus will focus on IT, construction, nursing and manufacturing. It’s being built next to Salter Lawn Service near Highway 63.

The $240-million I-70 Rocheport bridge project continues. The new bridges are expected to be completed by 2024.

Former State Rep. Kip Kendrick (D-Columbia) will be Boone County’s next presiding commissioner. Mr. Kendrick defeated businesswoman Connie Leipard by about 8,000 votes in Tuesday’s election. It was a clean campaign. Kendrick joined us live on 939 the Eagle’s “Wake Up Mid-Missouri,” telling listeners that Connie is a good person who ran for the right reasons. He’s looking forward to serving as presiding commissioner, emphasizing the importance of listening, bipartisanship and cooperation on major projects like the I-70 Rocheport bridge west of Columbia: 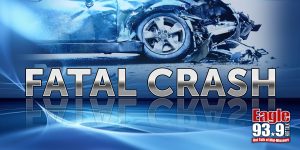 A Boonville man is dead after a Friday afternoon crash on heavily-congested I-70 in Columbia.

CPD investigators say the crash happened when 84-year-old Wayne Simmons of Boonville slowed for heavy traffic ahead in the driving lane of westbound I-70 near the 123-mile marker. Columbia Police say 30-year-old Ruzana Tadzhibayev’s vehicle then struck the back the Simmons’ Hyundai, causing both vehicles to leave the roadway.

Mr. Simmons was pronounced dead at a Columbia hospital. CPD’s investigation into the crash continues.

Traffic was heavy due to construction on the I-70 Rocheport bridge project.